Once again we find ourselves in hurricane season on the Gulf Coast – and luckily its been quiet – so far. One thing I’ve always been fond of during this time of year is the fantastic cloudscapes at the beach in the evenings. Generally we will have clear skies during the day, and as late afternoon approaches – in come the thunderstorms. Typical Florida in summer. Last weekend I was doing an engagement photoshoot at Mashes Sands near the mouth of the Ochlockonee River in North Florida on the Gulf Coast. The photoshoot went beautifully, and after we finished up – the thunderclouds were really coming in fast, and it was SPECTACULAR!!!! Before us was an utterly breathtaking scene, complete with those sudden cool gusts that come in off the water on a sweltering hot evening. I knew I just had to spend more time photographing these sights before I headed back home to Tallahassee. 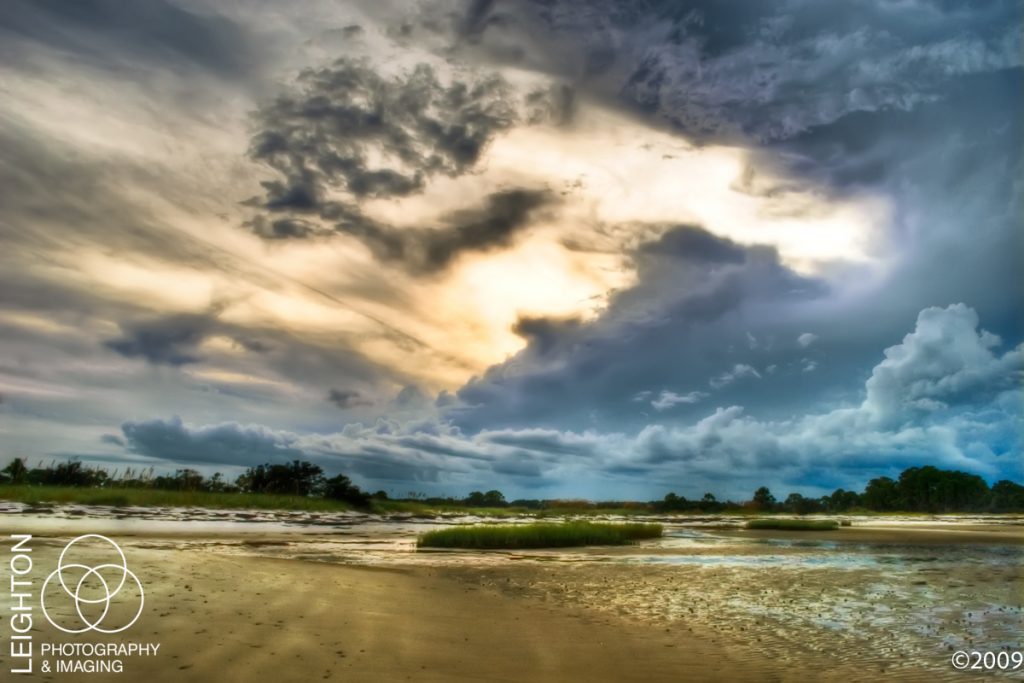 One of the main reasons I love Mashes Sands, and all of the Gulf Coast in this area is the fact that it is undeveloped. It is all part of the St. Marks National Wildlife Refuge (Wakulla Unit), and we can hope that it will remain undeveloped. It really is natural Florida, and constantly changing. Hurricanes have taken a major role in the formation and reformation of the beaches and erosion caused by tides and storms has shifted the sand. 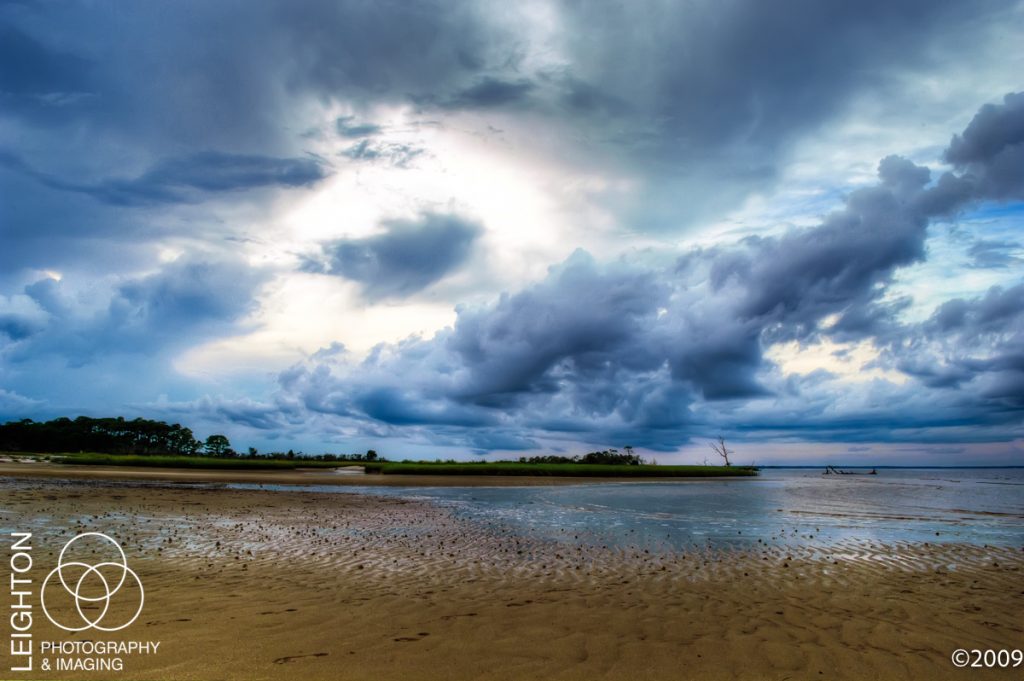 The strange thing about the skies when a storm blows in off the Gulf of Mexico, you can have a completely different skyscape in two opposite directions. These images with dramatic skies were to the east, while to the southwest – we had a very different visual treat….nearly clear skies with a distant thunderhead starting to show its sunset colors of vibrant indigo, fiery orange and and coral pink. 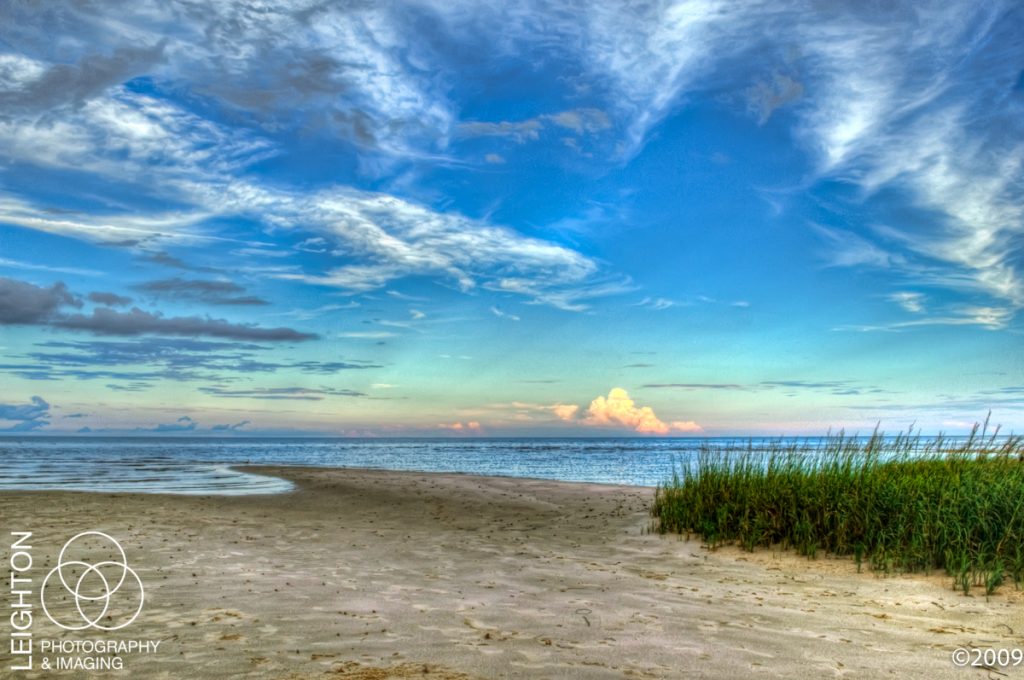 I first started coming here in the early 90’s when I was scoping out new fishing spots and after a twelve year absence, I didn’t even recognize the place. The beach used to extend out much further, and there used to be trees all along the shore. What changed in my absence was a couple of big hurricanes – most notably Hurricane Dennis. 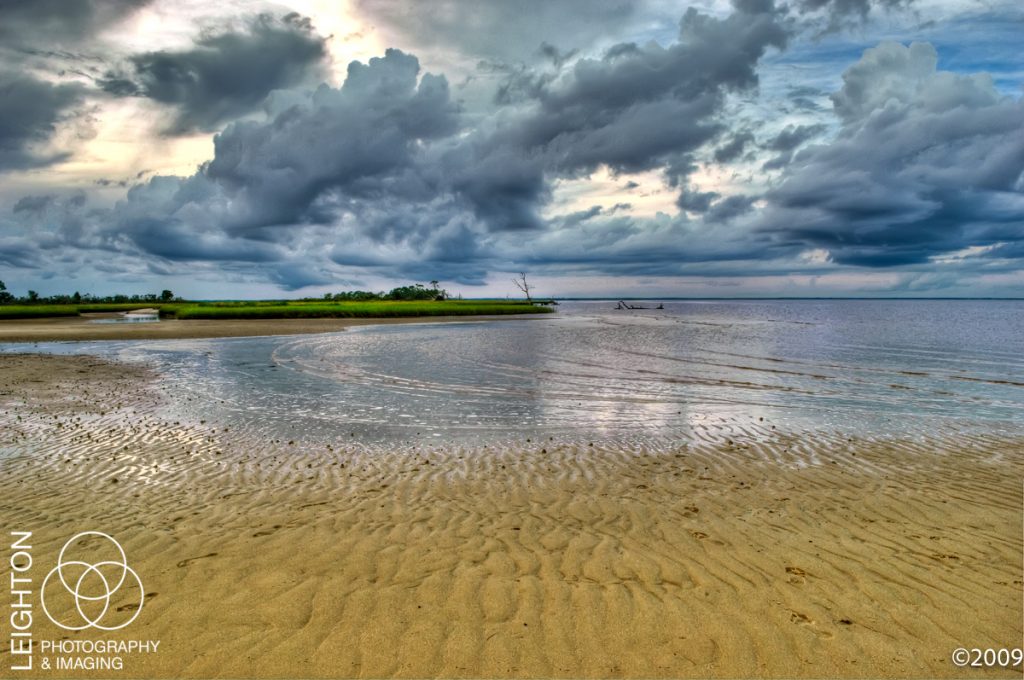 I stayed long enough to take four bracketed sets with five exposures each – and these were the four images I came home with. Not a bad way to finish up an engagement portrait shoot!

THANKS FOR LOOKING AND WE LOVE HEARING ALL YOUR COMMENTS!!!

The Wildlife in Florida, the Sunshine State