The green adder’s-mouth orchid (Malaxis unifolia) is one of those species that does and will continue to elude the best of the orchid hunters. Not only is it quite rare across the state of Florida, but it is one of the most easily overlooked. Found primarily in North & Central Florida (but by no means limited to just Florida) it is usually no more than a couple of inches tall, completely green – including the flowers, and found most often in remote locations. 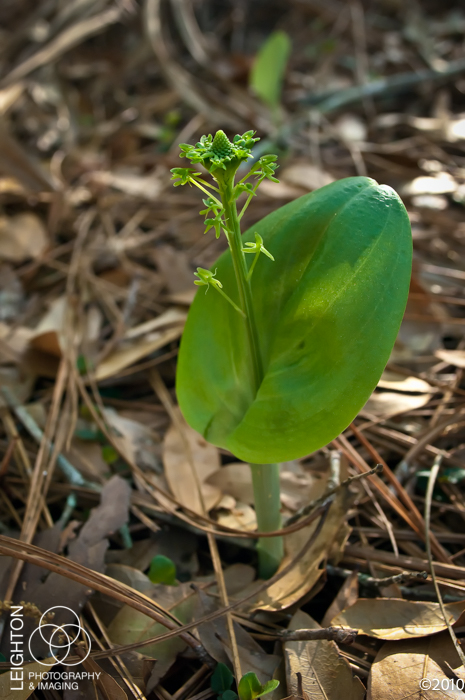 The population photographed here was recorded over two seasons, each over a period of about a month. Because this spot is on my usual nature photography route across Florida, I often get a chance to stop by and visit. The first time I spotted them, there were dozens of them popping up through the pine needles, in single furled leaves. I wouldn’t have even noticed them for all the other new spring growth popping up from the forest floor had my eye not been trained for that particular “orchid green” that I can only describe as a sort of “sparkly martini-olive green.” The range of this small colony was about 20-25 paces in a rough crescent shape with about 15-20 orchids. Most of them were very close in relation to development – meaning they were mostly rising through the carpet of pine needles and dried oak leaves at approximately the same rate and size. 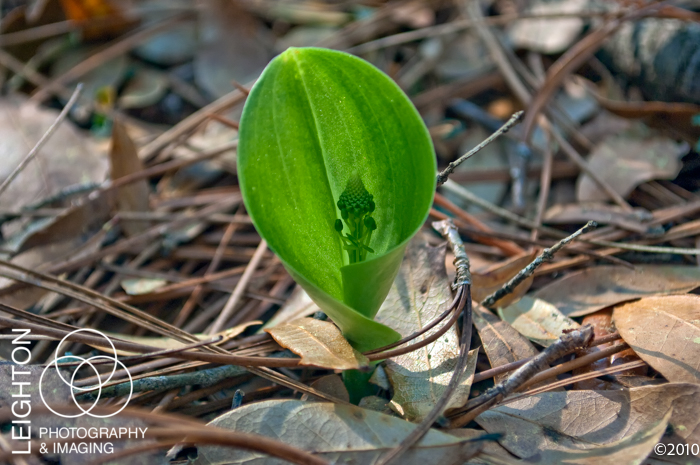 The flowering process of these wonderful little orchids is fascinating to watch. As the single leaf begins to unfurl, the tiny flower stalk – or spike, is already developed and begins to rise above the leaf. The ranks of tiny buds begin to open from the bottom and spiral around the spike toward the top, bursting forth the tiny bright green flowers ready to start attracting pollinators to promote further generations of green adder’s-mouth orchids. 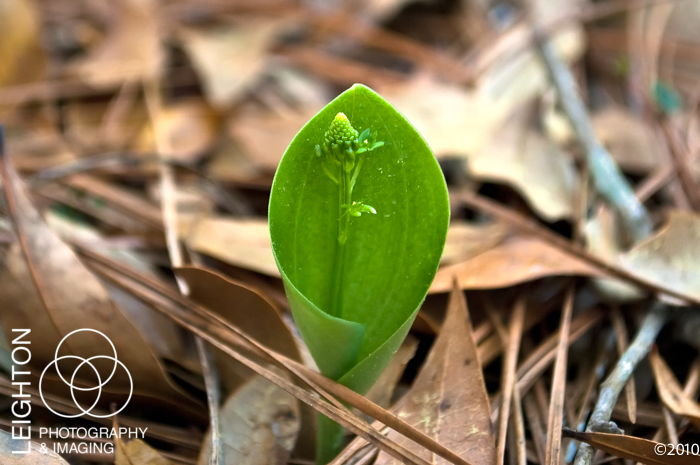 I’ve only seen these unusual orchids in rather dry woodlands. On my several visits to this particular location – I was very surprised to see how long the flowers and plants last. After the flowers have bloomed, dried up, and fruited then subsequently releasing their seeds into the wind, the leaf and stalk itself would last for some weeks in rather good shape before drying up and once more waiting underground preparing for the next year’s flowering season. 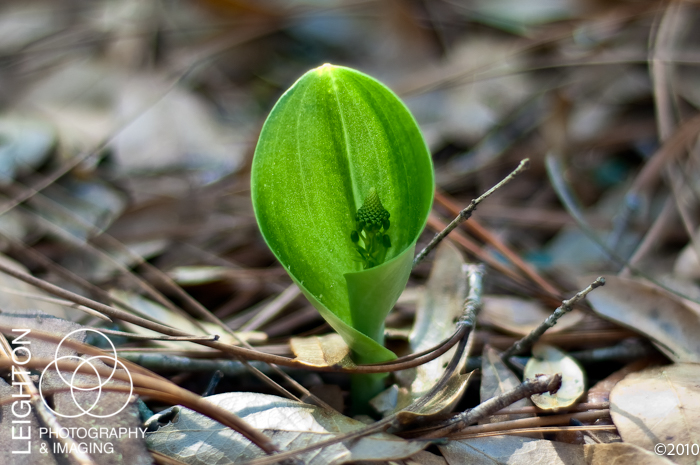 Below is a close-up of more of the flowers as the flower spike is still rising. I never did get to see this one at full height, as I didn’t have a chance to return in time. A week after this shot was taken would probably have been the best time to see all or nearly all of the flowers open, but I was happy enough with this group of images to consider it close enough to complete to write this post. 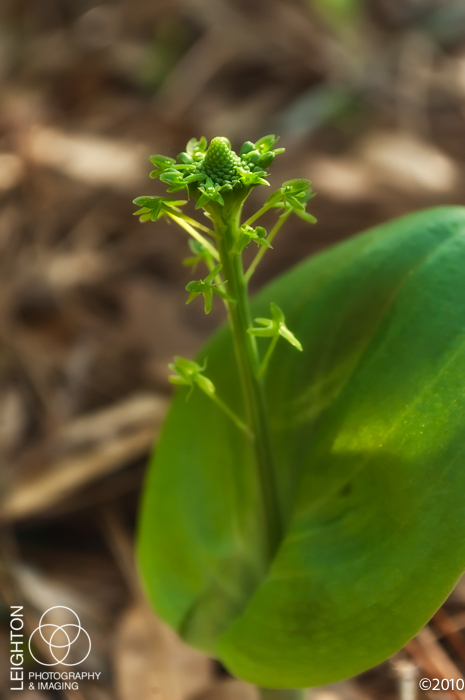 The Search for the Cranefly Orchid